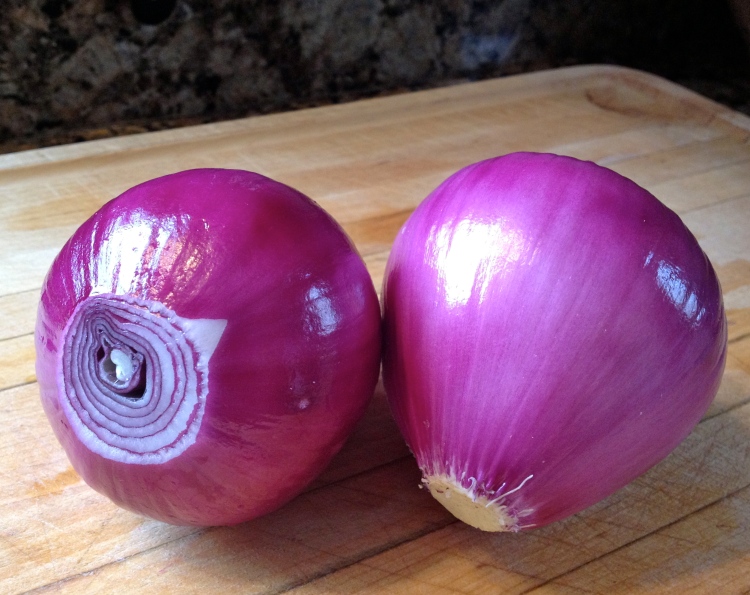 April requests that you use her fresh sausage recipe but as I struggle to source the proper meats for this project I opted for store-bought for this recipe. Ideally you’ll want to get a spicy italian pork sausage.

Here is what you will need

Ready your onions, rub them all with olive oil and salt

Arrange them in a single layer in oven safe casserole or stock pot. Peel the outermost layers of the garlic, so the cloves are exposed. Add garlic, sprigs of thyme and 1/3 cup of water to pot

Cover and bake in oven for about an hour, until onions are softened. You should be able to insert a knife in the center of the onion easily. Remove onions to a baking sheet and let them cool enough to handle, keep oven on.

When the onions are cool enough to handle use a small spoon to remove the centers of the onions. Don’t remove too much and or too little. Stuff the onions with the uncooked sausage, set aside.

Squeeze the soft garlic cloves from the whole head of garlic and add to the onion centers, as well as the cream, teaspoon of salt and thyme leaves. As you see here I spaced out and added more sprigs, avoid this and you won’t have to fish out the stems later after they’ve cooked. Bring the mixture to a boil 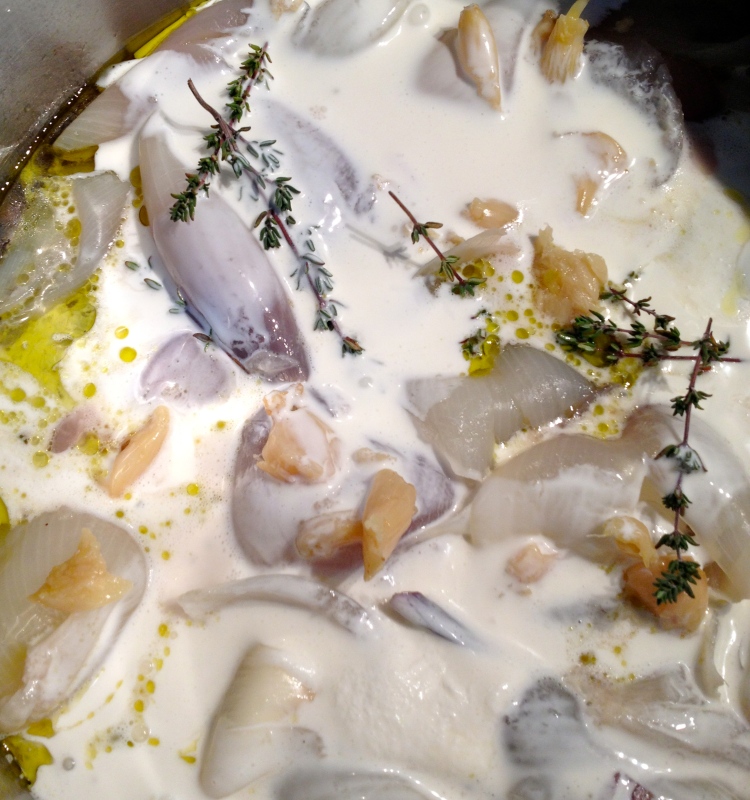 Add the stuffed onions to the boiling mixture, liquid should come half way up the onions, adjust as needed by adding a bit more water or removing some of the liquid.

Return to oven uncovered, bake for about 40 minutes, basting every 10-15 minutes.

Check seasoning, add salt if needed. April says to bring the pot to the table and dig in. I felt like the broth was screaming for some kind of grain so I cooked up some farro. 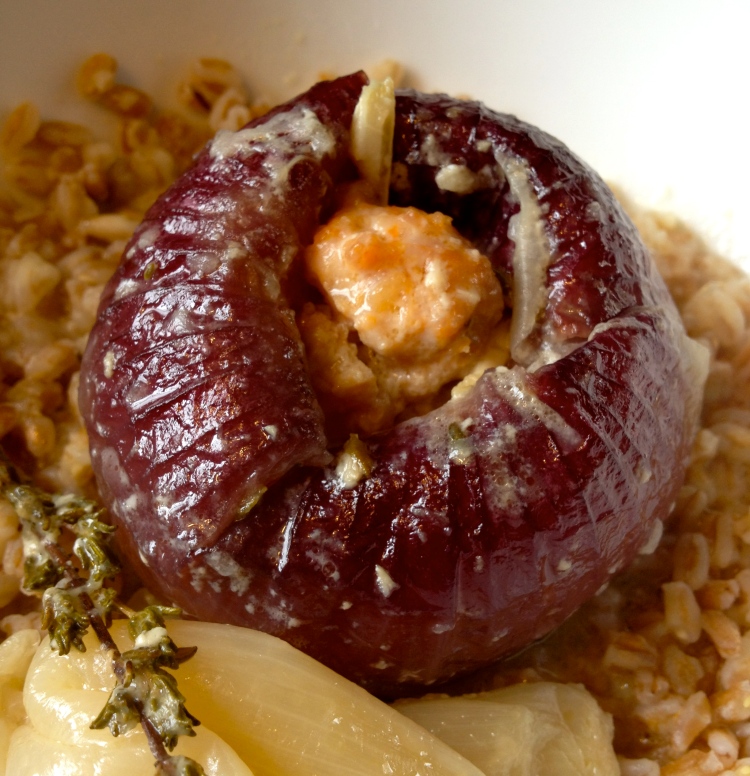 The broth is amazing, the onion to sausage ratio was a bit off for me, I would like more sausage less onion. Onions overwhelm this dish, so if you’re not a big fan of them you might pass on this one. The spicier the sausage the better to balance the sweet of the onions. The broth is the star for me, I dropped my immersion blender in the pot after removing the stuffed onions and ended up with a silky, rich soup to die for.